Randall Hill has owned and operated multiple home businesses, helped run and operate a multimillion dollar transportation business, taught at the middle and high school levels, was licensed to sell real estate, worked for the Federal Government, was a consistent high performing commissioned sales person of electronics and appliances at a national retail chain and a former airline employee.

He discovered that many companies had two or three very good ideas or procedures that were unique, but could be applied to other companies or industries. He also came to realize that once you learn how to successfully operate a business, those skills can be transferred to any industry. This explains why you’ll read about a CEO leaving his job to accept a position in a totally unrelated industry.

Randall started his first business when he was eight years old. He saw an ad in the back of a comic book prompting kids to sell greeting cards as a way to earn money for the holidays. Later, while shopping at Woolworth; his mother bought twelve boxes of Christmas cards at his request. The cards were twenty five cents per box and Randall sold them door to door in his neighborhood for one dollar each. His very first customer, an elderly lady, gave him a tip after explaining how he saved her a bus ride to the store. Randall sold out of Christmas Cards within hours and purchased more.

Since that moment, Randall has been self employed at various times in his life. He made and sold craft jewelry – mowed lawns in the spring through fall and shoveled snow during the winter as a child. He hadn’t even realized that he was running a business during those early moments.

“If a child can start a successful business without even realizing he’s in business, just think what you do”!

In high school, he sold candy before school and during lunch. He started with three dollars borrowed from his older brother – with the promise of paying him back after school. On the way to school, he stopped by a corner grocery, purchased three dollars worth of candy and sold it at school and doubled his money. Randall’s mother inquired how he was able to pay his brother back so soon. He explained how he doubled his money and had three dollars to buy candy the next day. His mother smiled and gave him an additional five dollars.

Within two weeks, he was no longer purchasing candy from the corner grocery. He found a candy wholesaler and began purchasing candy by the case. He was able to lower his price while making a larger profit. Randall sold out every day and bought larger quantities of candy. Eventually, he hired one of his classmates to drive him to school and the candy wholesaler after school. People he knew at other schools asked to sell candy for him. At the peak, Randall’s candy business was grossing over $1,000 a week. After paying the driver, candy commissions and purchasing candy; he netted $350 to $500 per week.

In the early 1980’s, the federal minimum wage was only $3.35 per hour, so in contrast, someone working full time at minimum wage would have only made $134 per week.

Randall often wondered, why the students who sold candy for him, didn’t simply buy and sell their own candy? He later realized many people want to feel safe; they believe it’s safer being an employee. “How many business owners layoff or fired themselves during lean times?”…“It’s usually those “safe” employees that lose their jobs.”

In the mid 1980’s, Randall sold diet and health food products. He graduated in 1987 with a bachelor’s degree in Business Administration. In the early 1990’s, he started a desktop publishing business. That lead to agreements with printers and he began selling printing. Some of Randall’s clients began asking if he could create web pages. By 1996, he had mastered hyper text markup language (html) and web site design and started creating and hosting web sites. By 1997, Randall was able to purchase his first home debt free.

In 2003, Randall was offered and reluctantly accepted an executive level position in the transportation industry by one of his clients. He reported directly to the President of the Company. This client, was also a friend and had just signed a lucrative contract with a Fortune 500 company and needed someone with, as he stated; “your particular set of skills”. The pitch was, “this job will be so easy, you’ll be out of the office by mid afternoon – you can even work your business from the office”. Once the contract took off, mid afternoon turned into late evening. Rather than provide sub-par service, Randall turned his clients over to others. He was helping to run a business, just not for himself.

By 2008, the friend was no longer with the company and in 2011, Randall’s position was eliminated. After eight years, Randall had no desire to work in the transportation industry anymore. He wondered, should he find another job, or start another business? Realizing that new employment would offer no guarantees of job security, he decide to search for an opportunity. Prior to working in the transportation industry, he operated a business providing printing, graphic and web design services. The web design business had changed dramatically and he hadn’t kept up with the changes. He realized that he had lost many of his prior skills and had become one of those “safe employees” and how vulnerable he was.

Randall read a magazine article that estimated that half of all reading would be done without paper by 2015. In 2013, Newsweek joined a growing list of publishers and would only be available online. He updated and improved his DTP, web design and software skills to re-enter the growing field of electronic and digital publishing. With over 30 trillion web pages indexed by Google, more than ever, small businesses would need help developing interactive media, electronic documents, web sites, and being found online. 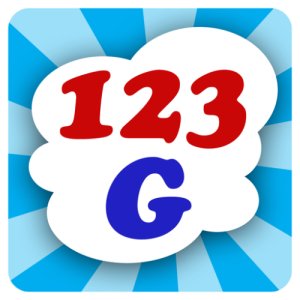